The Best Films To Watch While Waiting For ‘Mortal Kombat’

In a healthy world, today would have been Warner Bros. and New Lines Mortal Kombat opening day. The film was originally planned as the first “Biggie” of the year, as the first “big” film of the new year usually starts on the Friday-Monday weekend of Martin Luther King Day. Whether the property ...

In a sane world, today would have been the opening day for Warner Bros. and New Line's Mortal Kombat. The film was originally scheduled to be the first â€œbiggieâ€ of the year, as the first â€œbigâ€ movie of the new year generally kicks off over the Fri-Mon Martin Luther King Day weekend. Whether the property would have pulled off a flawless box office victory or suffered an â€œawareness doesn't equal interestâ€ fatality, I can only speculate. And while the film is set for April 16, 2021, I can only speculate A) if that date will hold and B) how the film will perform both in theaters and (in America for the first 30 days) on HBO Max.

As everyone braces for the next round of release date delays (look to Super Bowl Sunday as the point of no return, since studios won't want to spend $5.6 million promoting a movie that then gets pushed back), one key question remains. Will the Warner Bros./HBO Max deal, as well as Disney offering Raya and the Last Dragon in theaters and (where available) on Disney+ (for $30 extra) and Universal's â€œtheaters to PVOD in 17-31 daysâ€ deal make the aforementioned release dates more likely hold? I was shocked that Warner Bros.' The Many Saints of Newark moved from March 12 to September 24. That Sopranos prequel wasn't necessarily expected to set the overseas box office on fire in the first place.

The R-rated Mortal Kombat will indeed feature the graphic violence and â€œfatalitiesâ€ which helped make the Midway arcade game into a sensation in the early 1990's. There's no official word on whether the James Wan-produced and Simon McQuoid-directed action fantasy will include â€œfriendshipsâ€ and/or â€œbabalities,â€ but it damn well better or it shall feel my critical wrath! If all goes well in the world, you'll get a chance to sample this â€œfamily drama with excitedly brutal fightingâ€ four months from today. If WB presses onward, I'd expect a teaser during the Super Bowl (or attached to The Little Things on January 29). Meanwhile, for those patiently waiting for both Mortal Kombat and No Time to Die, there are a few options out there to fill the void. 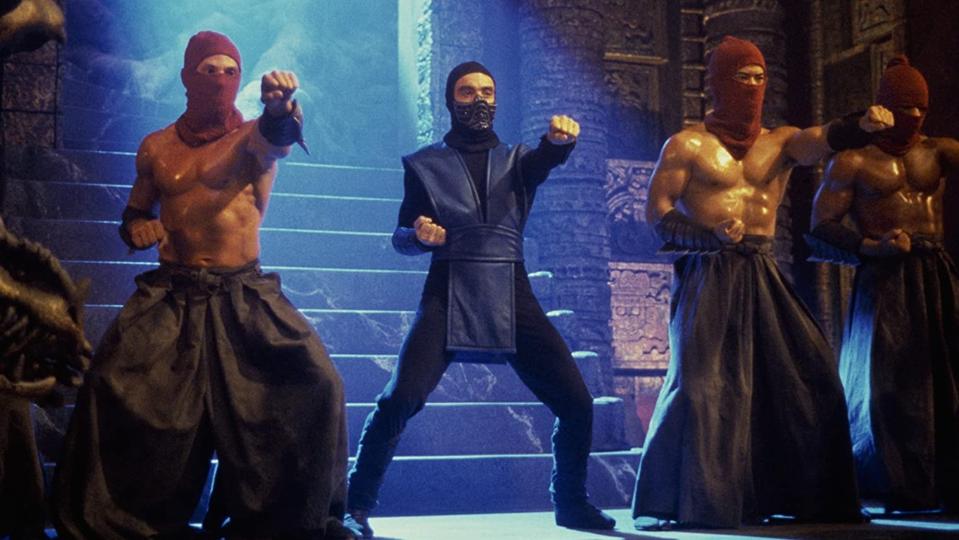 First, obviously, you have Paul Thomas Anderson's Mortal Kombat, which became arguably the first â€œgoodâ€ video game-based movie and the first to be an unqualified smash hit. We can debate the cult merits of Street Fighter (yes, I'll admit that Raul Julia's M. Bison ...